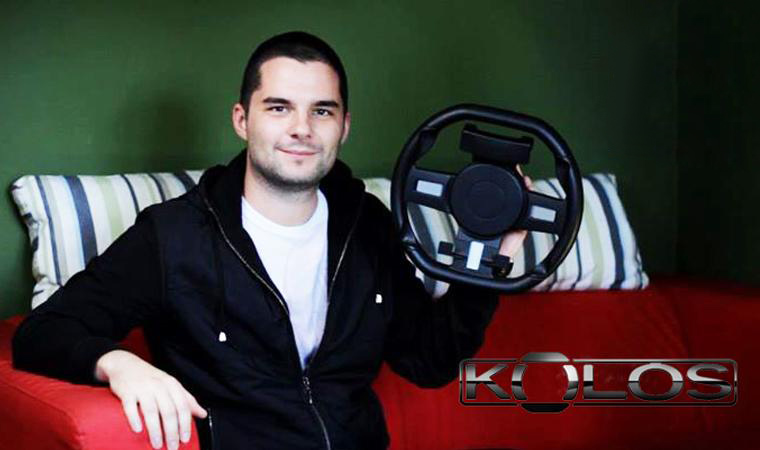 Bulgarian startup KOLOS was accepted to take part in the first batch of the Estonian Accelerator BuildIt. There are only 5 more startups in the first season of the accelerator program, which makes us even more proud with the team at KOLOS.

KOLOS is the world’s first tabletop iPad gaming wheel compatible with all generations of the iPad 9.7″, enabling more convenient and realistic gameplay of „tilt-to move“ iOS games. This startup is running since year 2012 and has been progressing really well, showing the following achievements:

What is coming up for the team is launch of a crowdfunding campaign in Kickstarter, in order to kick off the production of KOLOS.

Buildit is the first accelerator in the Baltic States and Nordic countries that focuses on physical devices (hardware in combination with software). The main focus areas of the accelerator are robotics, electronics and gadgets.

The program consists of two tracks – Business development and Tech & Design. On one hand, this will boost the business, marketing and sales skills of the startup team, and on the other hand, it will also support their tech, design and engineering development.

The BuildIt accelerator has more than 40 experienced mentors in the fields of hardware, engineering and business development. The program also provides up to €15K funding, free open office space in the Tartu Science Park, prototyping facilities and more.

We will definitely be following the future growth of this startup.